Over the past few years, Darkenu has established its status as a leading field movement representing hundreds of thousands of people from Israel’s moderate majority. In 2020, we established a Policy department, with the aim of creating an additional way for the movement to influence policy and promote Darkenu’s values ​​in front of decision-makers in the national and local sphere.

To achieve its goals, the Policy Department’s early stages, were focused on building the required infrastructure for the department’s activities, with an emphasis on building a network of partnerships and working relationships with elected officials and their professional staff, along with conducting research. All of those resources were crucial in promoting Darkenu’s messages in our extensive Anti-Annexation campaign, resulting in a tangible change in some of the main moderate political figure’s statements on the matter.

The department was also involved in numerous Committees and several requests and appeals to the State Attorney’s office on several issues regarding protesting rights, incitement, violence, and corruption. 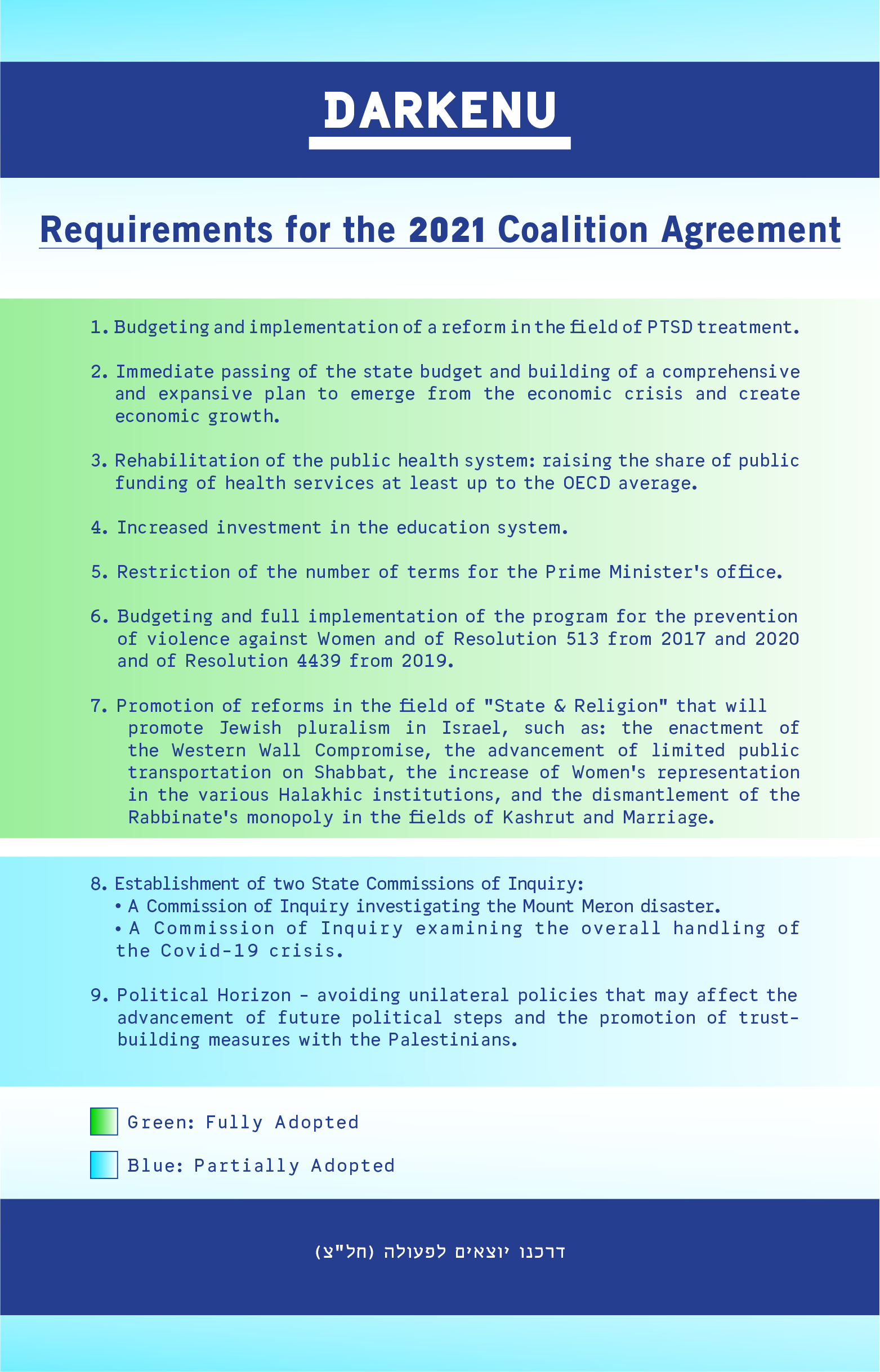